(20.07.2022) The machinery, electrical equipment and metals sectors are more prone to cyber attacks than ever before. A study by Swissmem and the Institute for Criminal Law and Criminology at the University of Bern showed that 70% of companies have been the victims of at least one cyber attack.

The study was carried out via questionnaire, to which 271 member companies of Swissmem responded. The survey data shows that over the last two years, more than two thirds of companies questioned have been subject to at least one attack, with some exceeding 20 attacks.

These attacks can take many forms. The most common being identity theft to try to obtain money (50% of companies surveyed), followed by phishing (43%). They can also be a combination of techniques to steal valuable data, and malware, such as viruses or Trojan horses (20.7%). About a quarter (16.2%) of companies have been victims of social engineering, in which criminals spy on one or more staff members to access confidential information.

Companies in the sector are prepared for this threat. According to Swissmem, they have an average of 25 security and contingency solutions. Consequently, 82% of the attacks were not serious (13.7% had no impact, 68.4% could be solved in the short term). However, some attacks did cause considerable damage: 18.2% of the companies surveyed reported losses of between CHF 100,000 and 1 million due to cybercrime. For the most vulnerable SMEs, this would mean permanent closure.

Illegal attacks: 70% of Swissmem member companies are affected (in French) 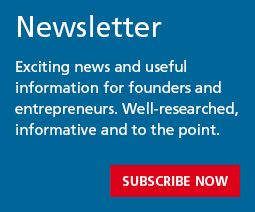