Figures on SMEs: Types of succession

The vast majority of business successions are made within a family. It is still often difficult to find a purchaser.

Succession still often poses a problem in small and medium-sized enterprises in Switzerland: approximately one SME in three disappears because it does not find a purchaser, according to the study "KMU Nachfolge - Quo Vadis?" by the KMU Next foundation. However, it constitutes an interesting alternative to the creation of a structure from zero: the survival rate after five years is 95% for transferred companies versus only 50% for new enterprises.

Almost 45% of enterprises are transferred within the same family (family buy-out), 25% to someone outside the company (management buy-in) and 30% to employees who are not family members (management buy-out), according to the "Company Succession in Practice" report published in June 2016 by Credit Suisse. 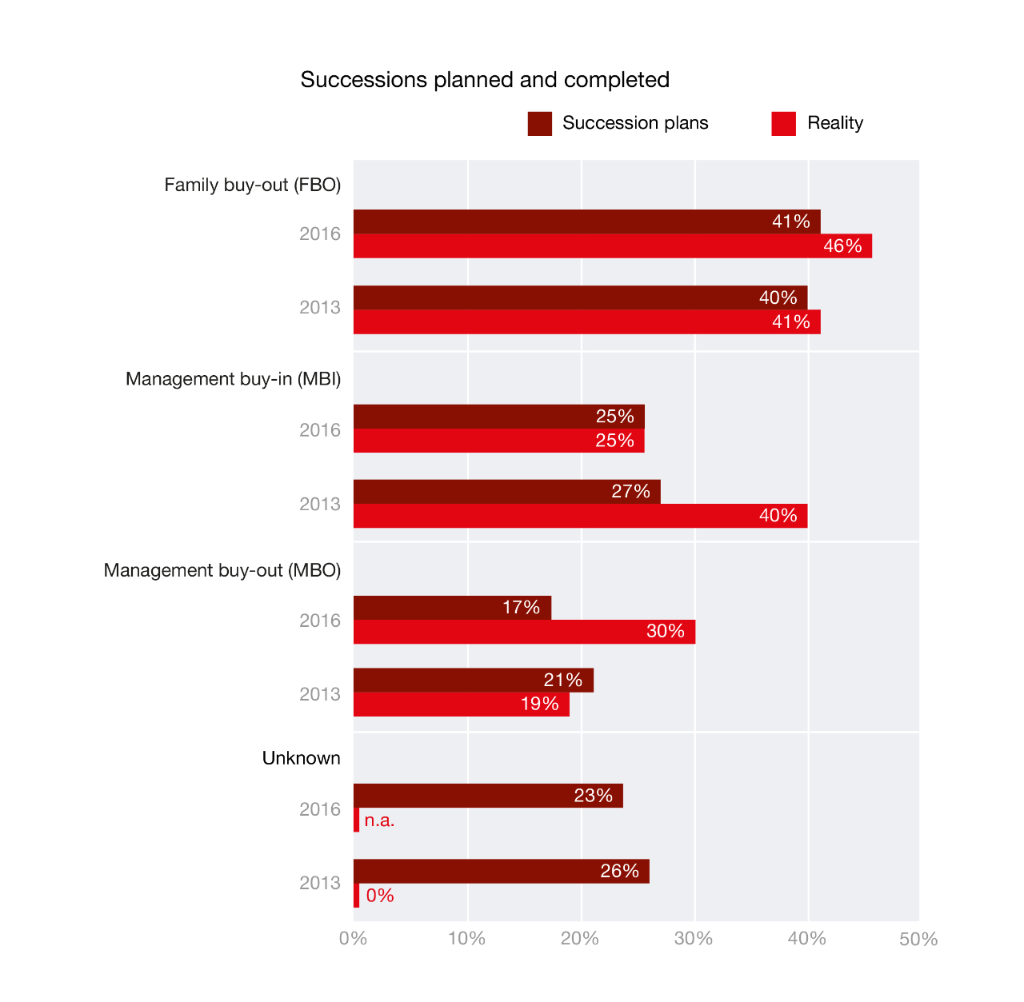 Succession according to business size

Of the 614,247 companies listed in the commercial register, 93,009 were looking for a successor in 2022, according to a study by the data collection company Dun & Bradstreet. Succession issues affect about 15% of Swiss companies of between 1 and 49 employees. By contrast, the same concern only affects 7.9% of companies of 50 to 249 employees.

It is not always easy to find a buyer. In particular, students from a family that owns a company are only slightly interested in a takeover. Nevertheless, their interest increases a few years after the end of their studies, based on a study by the University of Saint-Gall.

Coming Home or Breaking Free?, Ernst & Young and University of Saint-Gall, 2015 (next publication: no information available)

The challenge of generation change – Company Succession in Practice 2016

SME Succession Switzerland 2022 (only in German)