The percentage of women entrepreneurs remains lower than that of their male counterparts in Switzerland.

In 2021, only 7.2 per cent of women were ready to engage in early entrepreneurial activities (which do not necessarily translate into a company), compared to the 12.3 per cent of men according to the Global Entrepreneurship Monitor’s Switzerland 2020/2021 National Report. The ratio of female entrepreneurs compared to their male counterparts declined from 0.9 to 0.6 between 2020 and 2021.

In 2019, just less than half of business start-ups in Switzerland (46%) involved one or more women according to the estimates of the Federal Statistics Office (FSO).

Women are still under-represented in the category of sole proprietors or employees of their own company, but they are gaining ground. This percentage of women in the population of entrepreneurs stood at 36.7% in Q4 2020, whereas it only reached 28.2% in 1991, according to the Swiss Labor Force Survey (SLFS) by the FSO. The percentage of female entrepreneurs in the resident female population stood at 5.8% in Q4 2020, versus 10.3% for their male counterparts. 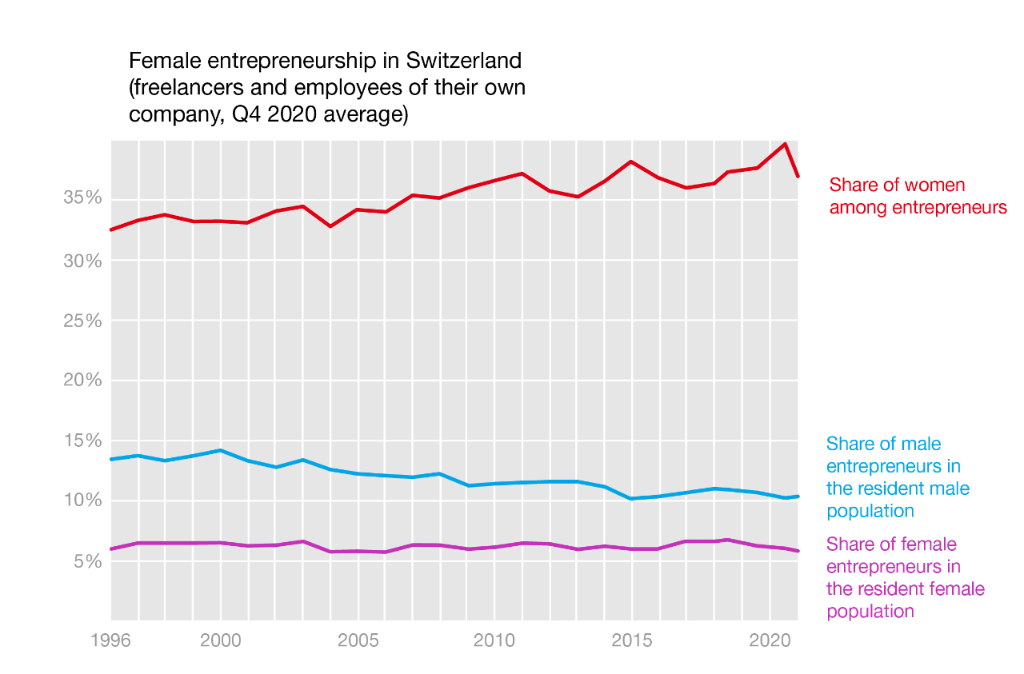 Statistics on business demography - Establishment of companies (FSO), only in French and German