Switzerland is well-placed in international entrepreneurship rankings. However, the country still has relatively few entrepreneurs.

Switzerland’s economic backdrop forms an excellent environment for entrepreneurs in comparison to the rest of the world. In fact, Switzerland is in 2nd place, behind the United States, in the 2019 Global Entrepreneurship and Development Index (GEDI), which measures the dynamic nature of entrepreneurial activity in countries with economies based on innovation. 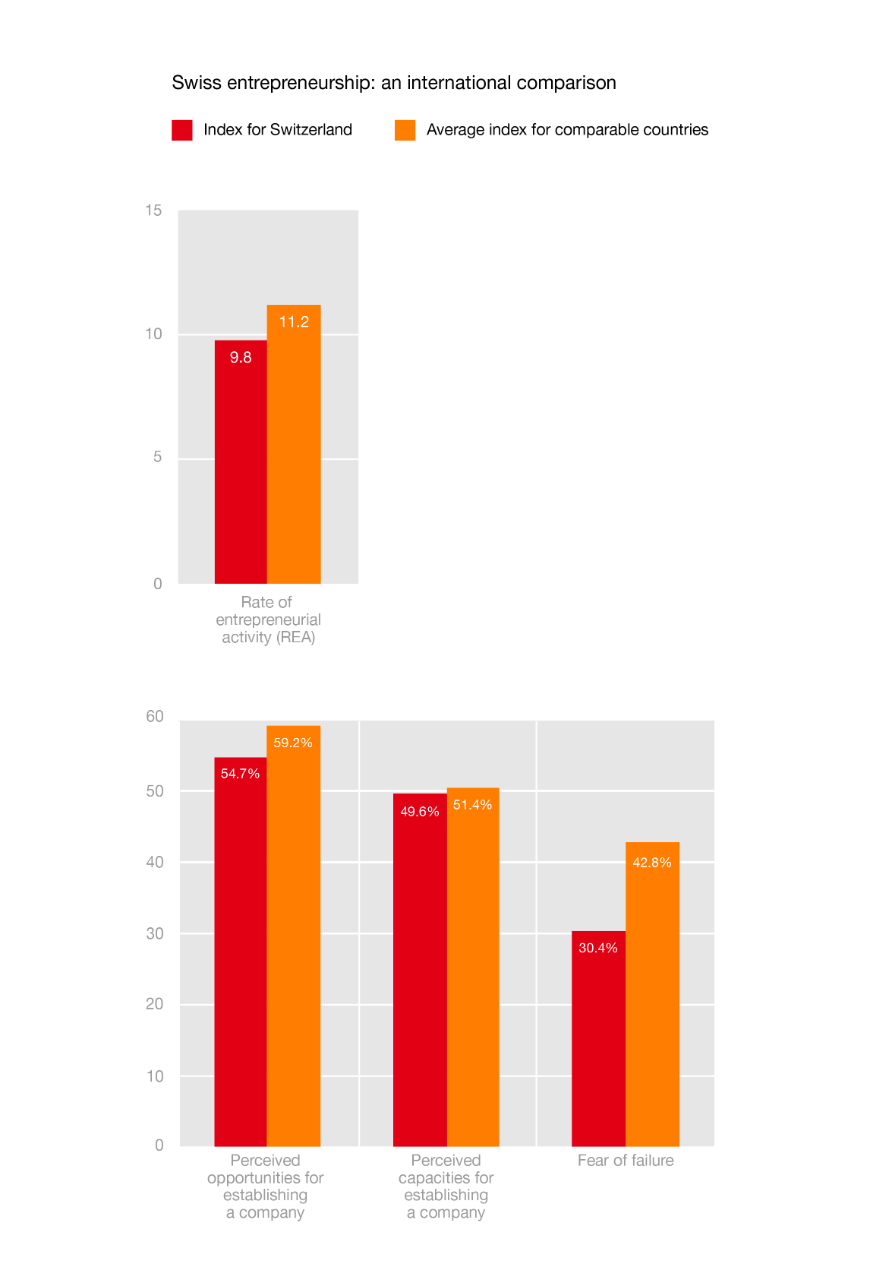 The proportion of women entrepreneurs remains lower than that of their male counterparts in Switzerland. But this disparity is declining.

The entrepreneurial spirit of Swiss students is still below the international average. The majority do not dream of establishing a company.

The Swiss economic position is regularly ranked among the best in the world in many fields, such as innovation, for example.